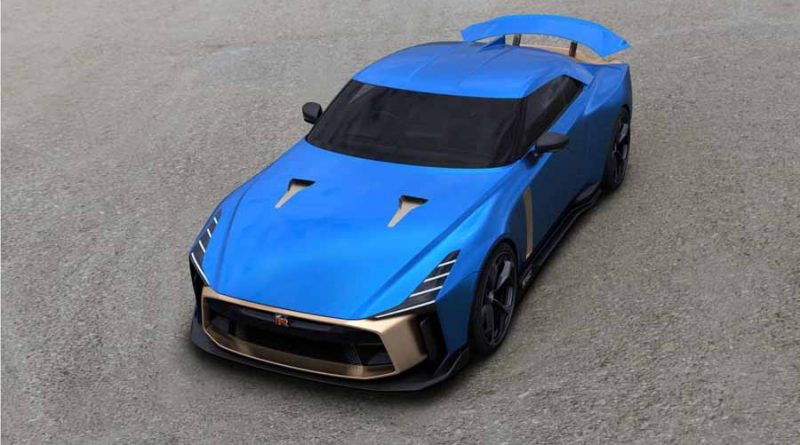 Nissan has begun receiving orders for its strikingly-different GT-R50 by Italdesign, which has a limited production-run of 50 examples.

The Japanese carmaker unveiled the special edition vehicle at the 2018 Goodwood Festival of Speed last July to commemorate the 50th birthday (which is the reason behind the name and production quantity) of the GT-R brand in the company’s history. The first generation was the original Skyline GT-R launched at the 1968 Tokyo Motor Show.

The Nissan GT-R50 is built based on a 2018 GT-R Nismo, but adopted a large number of engine components developed by the GT3 program. As a result, the GT-R50 can churns out 710 hp and 575 lb-ft of torque, which are higher by 145 hp and 108 lb-ft respectively than the regular GT-R.

Nissan says the reaction it received from fans across the globe and prospective buyers of the GT-R50 has significantly gone beyond its expectations. The upcoming 50 cars that commemorate 50 years of the GT-R name and Italdesign will be paying tributes to the automaker’s rich sports car heritage and performance leadership in the long run.

As we said before, only 50 examples of the GT-R50s will be built. They’re made for the fastest buyers who place an order either via the car’s standalone site or with Italdesign. The price is an eye-watering €990,000, or nearly $1.13 million. With that much of money, you can literally buy 11 regular 2019 GT-Rs. However, if you want to compare before buying, the GT-R50 will definitely catch much more attention than a GT-R does, so it may be worth the staggering price.

Since the Nissan GT-R50 will not only be limited, but also very costly, the rest of auto lovers can only have it in dream. Maybe we will soon watch a cool YouTube video about it, and imagining ourselves sitting there, behind the wheel of the special edition sports car.