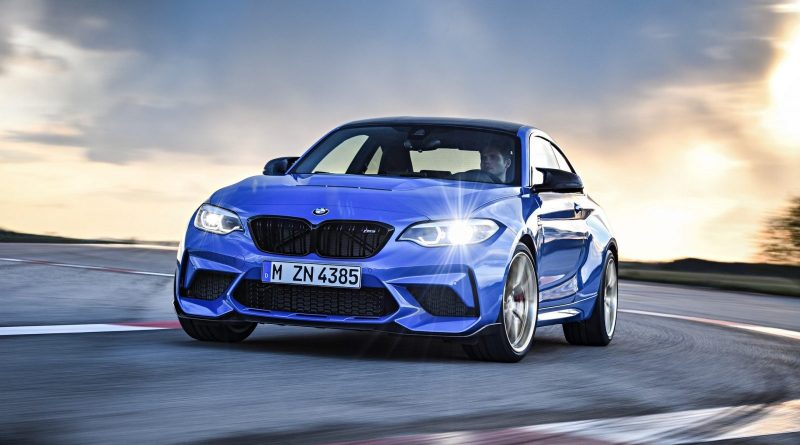 BMW did an early reveal to its 2020 M2 CS, but now the carmaker has officially pushed out details about the forthcoming coupe.

The scheduled debut will happen at the 2019 Los Angeles Auto Show which kicks off later this month. Under its bonnet, the 2020 M2 CS packs a 3.0-liter TwinPower Turbo six-cylinder engine that churns out around 444 horsepower and 406 pound-feet of torque.

The powerplant is paired to either a six-speed manual or a seven-speed dual clutch transmission. The manual configuration allows the car to dash from zero to 60 mph (96 kph) in 4.0 seconds before maxing out at up to 174 mph (280 kph). Meanwhile, when configured with a dual-clutch gearbox the 0-60 mph down by 0.2 seconds – that doesn’t hurt the top speed though.

In addition to being more potent than the M2 Competition, the M2 CS comes with an Adaptive M suspension and an Active M Differential. The former is completely new to the M2 range, introducing three selectable modes: Comfort, Sport, and Sport+. 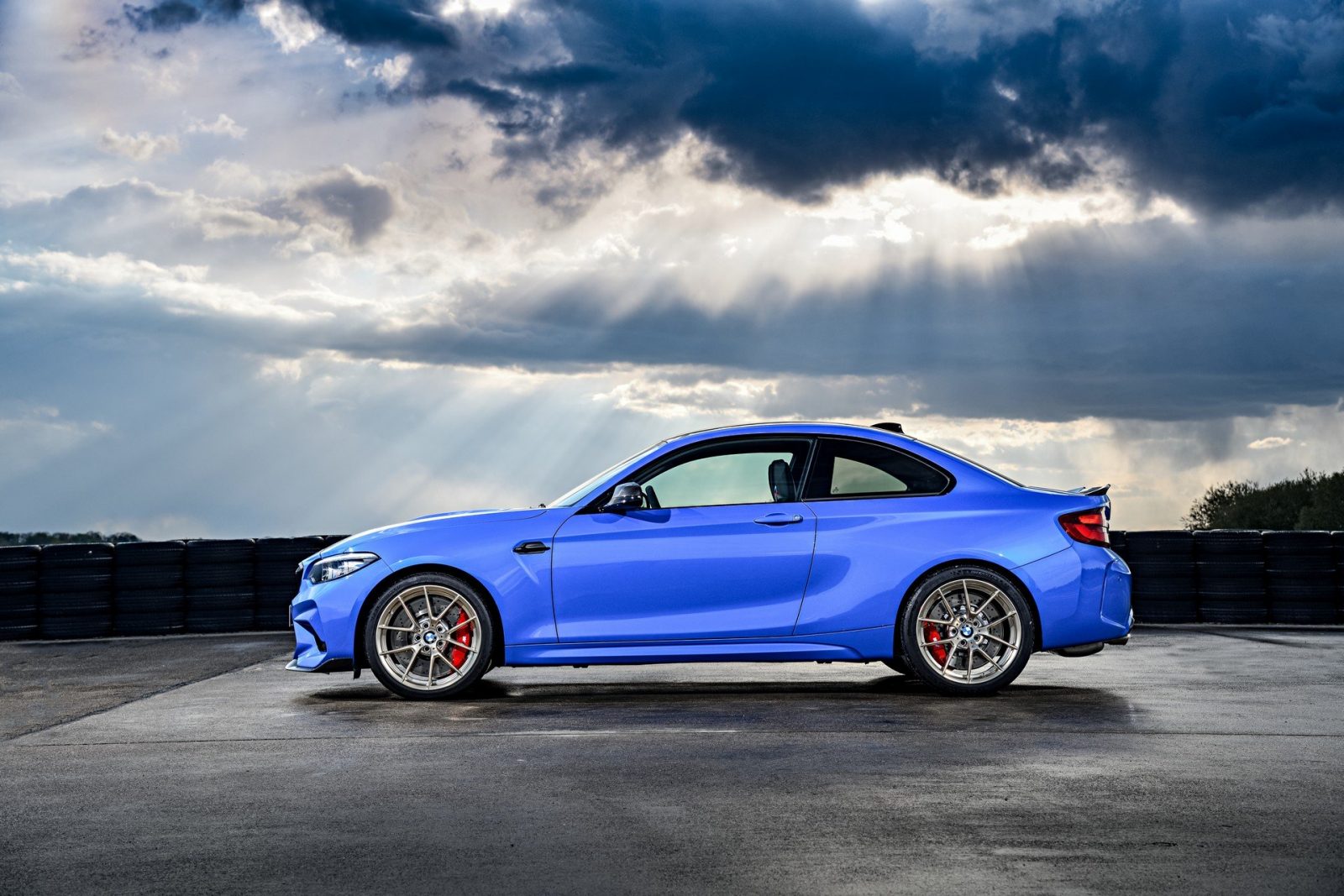 The braking system is also very reliable, featuring six-piston calipers and 15.7-inch in front as well as four-piston calipers and 15-inch discs in the rear. There are also optional M Carbon Ceramic Brakes on offer for customers who love to perform more on the track. Not much words were said about them, aside from those brakes being lighter than normal and more thermal resistant when driven on the track under extreme conditions.

More carbon materials are used by the M2 CS as it also has a number of carbon fiber reinforced plastic pieces. The most prominent ones among them are the roof and bonnet which decrease weight and help achieve a lower center of gravity. The vehicle’s front splitter is also made of carbon, as well as its rear diffuser, rear spoiler, and mirror caps. 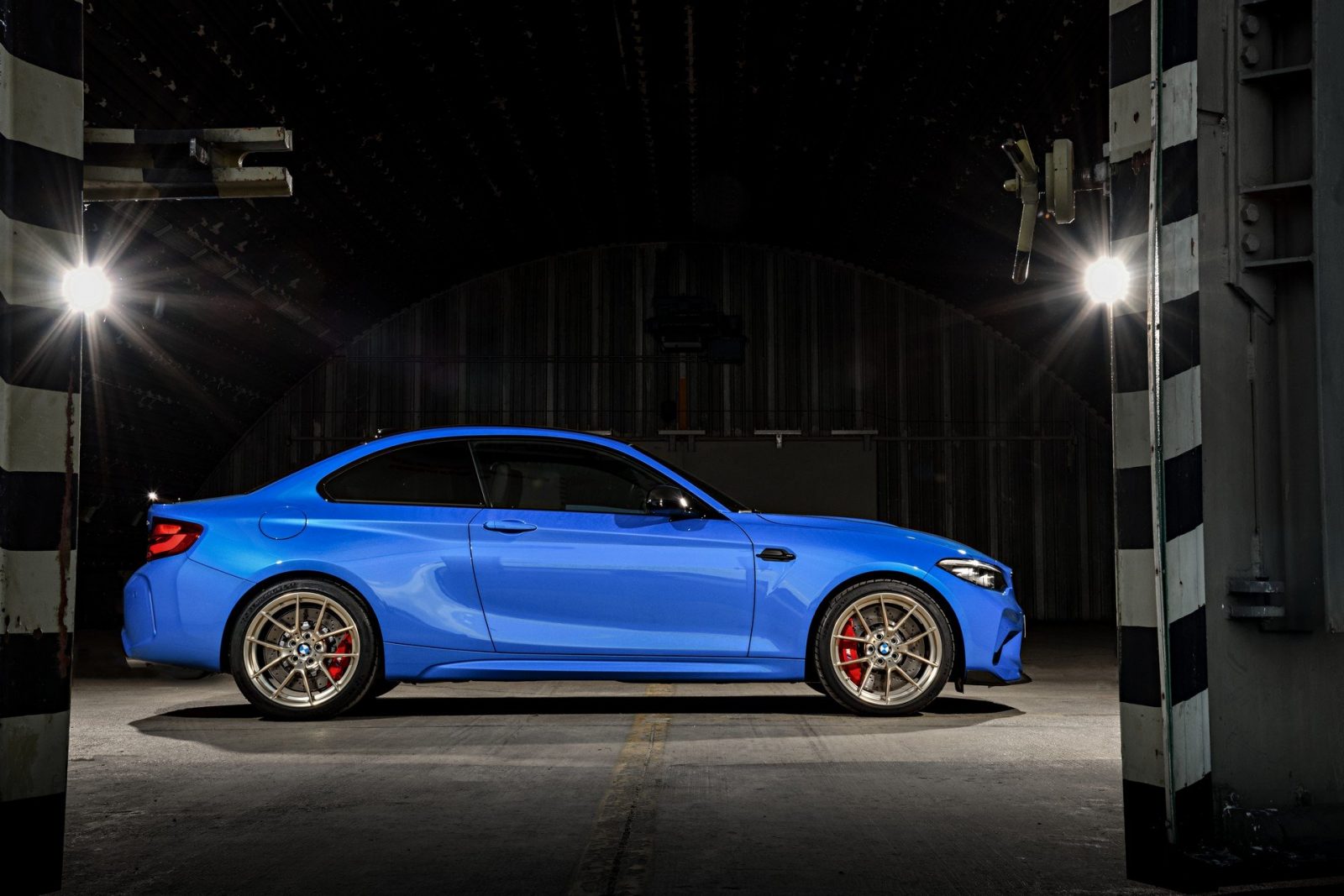 BMW offers the M2 CS in four different paint options: Black Sapphire Metallic, Misano Blue Metallic, Hockenheim Silver Metallic, and Alpine White. The car will ride on a set of 19-inch wheels with either a High-Gloss Jet Black or Matte Gold finish. One more thing worth noting is the vehicle’s distinctive exhaust system which features electronically-operated valves and ‘///M’ signature.

The interior, meanwhile, has M Competition seats wrapped in leather and Alcantara upholstery with red contrast stitching and embroidered stripes on the headrests. Alcantara can also be found elsewhere sine it also wraps the dashboard trim, steering wheel, and center console which is made of carbon fiber reinforced plastic for an extra 6-pound weight reduction. 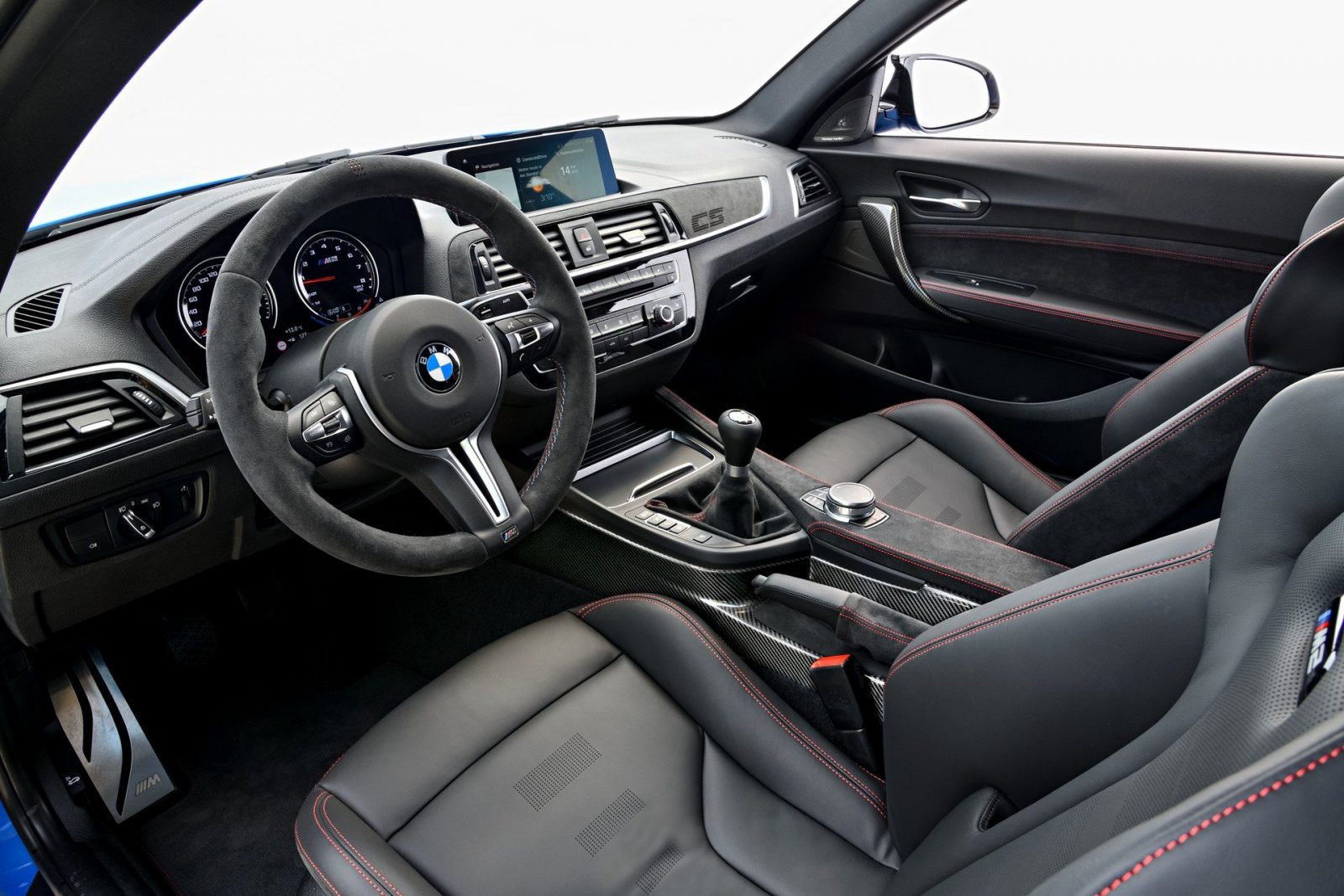 The U.S. version of the M2 CS will have adaptive LED headlights, park distance control, and a rearview camera. The car will also feature ambient interior lighting, an infotainment system with GPS navigation, Apple CarPlay compatibility, and dynamic cruise control. Other highlights include a Harman / Kardon premium audio system and a universal garage door opener.

The production of the new 2020 BMW M2 CS will commence in March next year and it will only be offered for one model year. In Germany, it will cost from €95,000; while in UK, the asking price is £75,320. We still haven’t heard about American pricing, but it’s expected to be revealed soon. 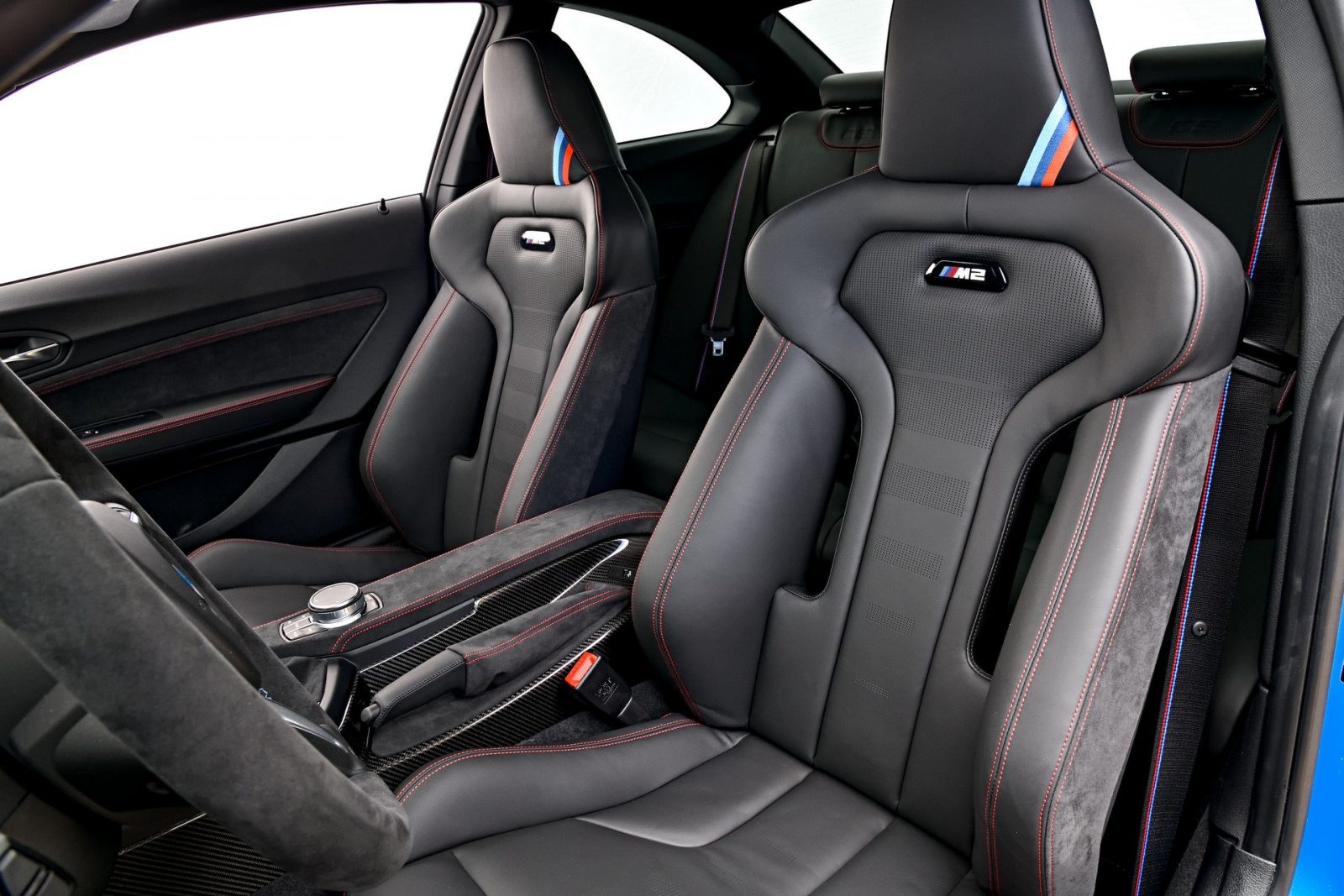 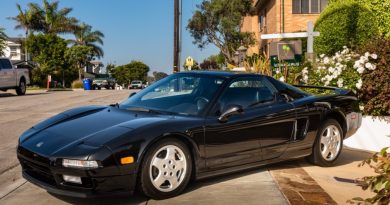 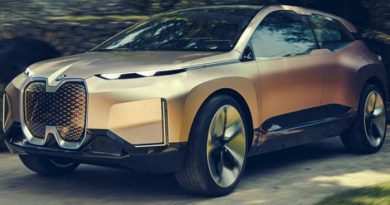