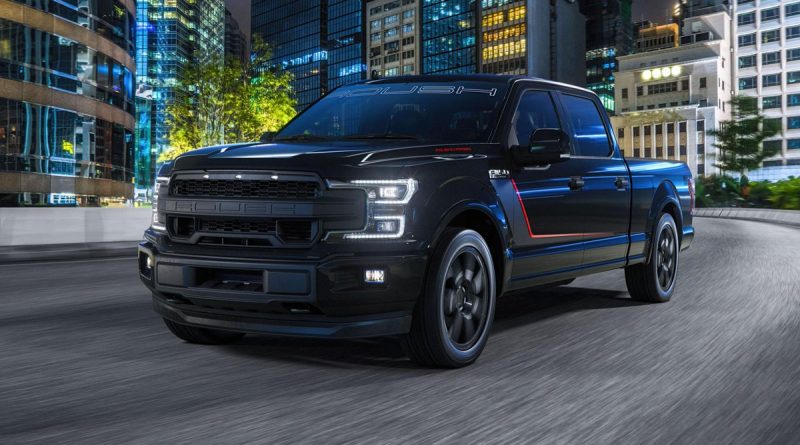 Roush has unveiled the details of its Nitemare performance package for the 2018 Ford F-150 truck, boasting a different appearance, an adaptive exhaust system, and a new supercharger that raises power to 650 HP. The package will set you back $17,000 over the cost of the F-150.

This is not the first time the Nitemare package is offered for the truck. It debuted in 2007 with the lure of increasing output to 443 HP. In 2017, a newer version offered 600 HP and followed-up for 2018 with an even better deal. Besides raising power to 650 HP, the latest Nitemare also upgrades the look of the F-150 to make it stand out from the crowd.

Under its hood, the Roush F-150 has a 5.0-liter V8 engine equipped with a TVS R2650 supercharger. Originally, the horsepower was 395, but thanks to the new supercharger the half-ton truck now has 650 HP at its disposal.

Big power and exterior changes are not the only interesting parts of it, the Roush Nitemare also enables sound level control. You can make your F-150 loud if you want, or make it quieter. The exhaust system is adjustable for this with the volume control in your hands. Settings can be adjusted via a smartphone app and you can use the available presets or just custom one that suits your driving situation.

The package also gives the F-150 a set of new 22-inch wheels and high-performance tires, as well as Roush badging and an aggressive grille with Roush name across its middle. All of these upgrades can really make the F-150 a perfect drag truck, if that’s what you’re looking for.

The Roush Nitemare is priced from $16,995, excluding the truck. The model you see here comes with the SuperCrew configuration, which starts at $37,735. So if you want the package to be configured this way, the total cost of the upgrade will be $54,730.

Finally, you’re about to watch a 2018 Roush F-150 Nitemare releasing some of its shriek on the dyno. The V8’s high-pitched scream certainly sounds impressive. The dyno sheet shows at least 541 HP and 495 lb-ft of torque at the rear wheels, up from 315 HP and 324 lb-ft, which means that the truck gains 226 HP and 171 lb-ft of torque.